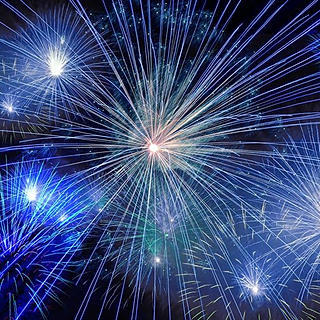 Walt Disney Animation Studios brought a sneak peek to the all new fantasy-adventures of "Raya and the Last Dragon" during the Big Game. The video below gives a taste of the newest movie, taking fans on an exciting, epic journey to the world of Kumandra, where we meet Raya, a lone warrior, on a mission to track down the legendary last dragon to stop an evil force that has returned after 500 years to once again threaten her homeworld. "Raya and the Last Dragon" brings a stellar
8 views0 comments
Loretta Garcia

What exactly is Amazing Magical Adventures, was the first question asked by an acquaintance recently when I ran into her. I launched into my sales spiel and shared all about my travel agency and the incredibly talented and knowledgable specialists on our team. As we continued chatting, she was very surprised to hear that not only are travel specialists and agencies still very much alive, but that my travels were related to my business and I was not permanently on vacation
39 views0 comments
Loretta Garcia

Amazing Magical Adventures has some exciting news. 2019 is the year of Chasing Magical Adventures and creating memories with friends and family. We will be offering special vacation packages to Mexico, the Caribbean, Alaska, Hawaii, Cruises and our favorite Disney Theme Parks as well as weekend getaways for couples, gals and guys trips, concerts and much more. You can be a part of our group adventures or you can simply take advantage of the special pricing and enjoy your va
4 views0 comments
Loretta Garcia

D23 Expo dates have been announced for 2019. Disney fans around the country are already planning their return to the Anaheim Convention Center for the weekend of August 23 - 25, 2019. D23 is an event that can only be described as all the magic of Disney - parks, music, films, television and products, old and new, jammed inside a huge building and waiting to explode. It is the incredible chance to get a glimpse at new and exciting announcements from Disney, Pixar, Marvel a
7 views0 comments
Loretta Garcia

Splitsville Luxury Lanes will join the list of amazing entertainment at Disneyland's Downtown Disney District. Like other locations, including the Walt Disney World Disney Springs site, the Luxury Lanes will include a combination of food, bowling and live entertainment. Seating for 625 patrons in 4 dining areas, large outdoor patio, 20 bowling lanes, 2 billiard tables, 25 plus flat screen TVs and 2 full-service bars are just a few of the highlights coming our way. Along wi
6 views0 comments
Loretta Garcia

Guests visiting select Walt Disney World Resorts have the opportunity to add some Free Fun to their vacation while participating in an activity, many of us have done for years. Checking into value resorts in the last few days, guests have been provided with the choice of receiving a $20 gift card per room per day in exchange for bypassing housekeeping services. The room would still qualify for toiletries and fresh towels, but would not have the basic services of linen changes
9 views0 comments
Meg Miller

School days are ending and we’re all gearing up for Summer fun. This is the perfect time to go chasing magical adventures and magical reads. The excitement of traveling during summer vacations only gets better with a story to enjoy while relaxing or to make travel time fly by. And don't forget travel books to help you plan your trips For those of us who work at public libraries summer time is one of our busiest seasons. We love seeing all of those summer reading participants
13 views0 comments
Loretta Garcia

Mother's Day weekend at the Disneyland Resort found me alongside thousands of runners and supporters enjoying the excitement of the 2017 Tinkerbell 1/2 Marathon. I was there to participate in my 3rd Tinkerbell event. Having signed up for the first one in 2015, I became addicted to the bling and the feeling of accomplishing something I never believed I would ever do. This weekend I was signed up to walk in the 5K, 10K and the 1/2 for a total of 22.4 miles over the span of 3
9 views0 comments
Loretta Garcia

Three years ago, I registered for my first runDisney race. The Tinkerbell Half Marathon weekend in May 2015, consisted of a 5K, 10K and half marathon. I have since completed a second Tinkerbell Marathon in May 2016 and the Virtual Running Shorts (four 5K races) over the summer. Labor Day Weekend I participated in my third 10K and Half Marathon at Disneyland. I walked with a cast on my arm and with less than ideal training but I put one step in front of the other and trie
13 views0 comments
Loretta Garcia

Welcome to Chasing Magical Adventures. My name is Loretta Garcia and I am the Senior Editor. I am married and a mother of two incredibly amazing grown "kids" and their spouses and grandmother (AMA) to 3 gorgeous grand daughters and 1 handsome grandson! I am a daughter, sister, mother, grandmother, business owner, entertainment reporter and addicted to Disney (Disneyland being my absolute favorite park) and cruising the oceans blue. I spend my days being pulled a million an
12 views0 comments